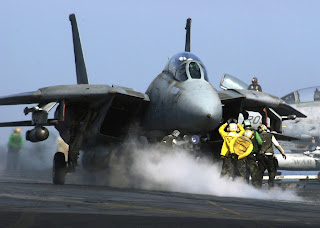 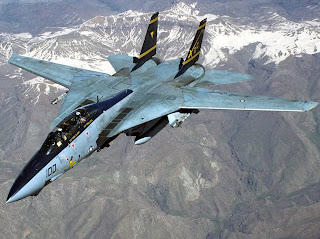 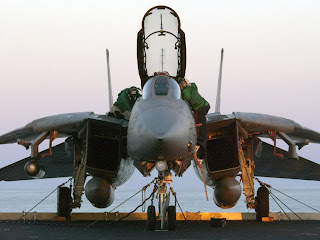 An F14D Tomcat assigned to the "Blacklions" of Fighter Squadron Two One Three (VF-213) launches from USS Theodore Roosevelt (CVN 71). 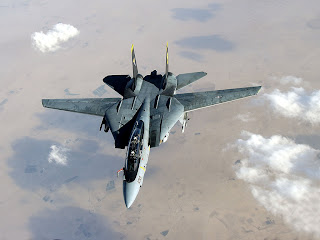 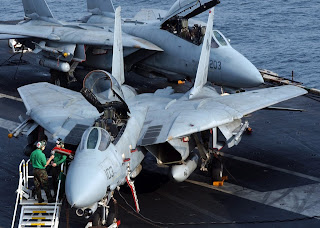 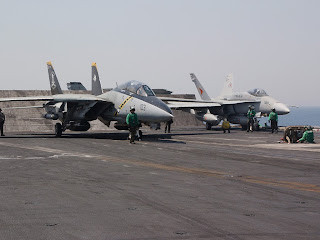 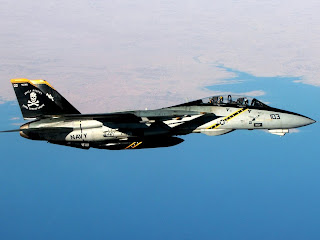 OVER IRAQ -- An F-14 Tomcat flies through the sky during a combat mission August 14 in support of Operation Iraqi Freedom. (U.S. Air Force photo by Staff Sgt. Lee O. Tucker 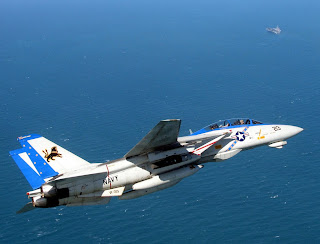