Equipped with an active electronically scanned array radar, Phoenix Television stated that the J-10B has the capability to take out Japan's F-15J fighters if an aerial confrontation were to occur over the disputed Diaoyutai islands (called Senkaku in Japan and Diaoyu in China) in the East China Sea. The fighter is also built with radar absorbent material and better diverterless supersonic inlet, while its stealth capability has also been increased compared to its predecessor, the J-10A.

China is the only nation in the world which has the ability to build its own diverterless supersonic inlet other than the United States, the report said. With this technology, the J-10B is believed to be the best 4.5 generation fighter in the Asia-Pacific region. Its helmet-mounted display system designed for J-10B pilots reacts faster and it is also very similar to the US-built F-16E/F Block 60 and French-built Rafale.

However, the J-10B is primarily designed as a fighter for aerial engagement. A multirole fighter will be needed for China to conduct ground attack missions as well as aerial combat missions against potential enemies in the region and therefore the PLA Air Force and Navy Air Force will need the more advanced J-10C, Phoenix Television said.

Recent U.S. military rebellion: fly into China has developed the latest improved J10 - J10C fighters. The successful development of such fighters as early as expected the U.S. military, because the J10 aircraft from its official public official is already fielded dozens of front-line troops stand much.

J10C and J10 have a large difference in appearance, which uses a more sophisticated inlet design, originally because of the installation of a larger thrust engines designed for six additional bone ribs will cease to exist, replaced by a more streamlined design. In addition to the inlet, the biggest difference J10C and J10 appearance is that, J10C also *** F16E as the installation of a similar "hump Falcon" two king-size fuel tanks.

In this regard the United States was not surprised that the United States believes J10 fighter design success lies in its fully digested and absorbed the advantages of F16 fighters, so J10C and F16E adopt similar practices designed to increase the range is not surprising. J10 fighter's overall performance has exceeded the F16A / B, and J10C fighter's performance is like with a dial-around as rhenium Shite man, and has exceeded all models F16, one of the main active duty U.S. warplanes. But the U.S. also believes that due to the J10 aircraft engines still have to rely on Russia, so Russia's J10C only uses the latest improved AL-31FN engine.

The United States further noted J10C the successful development of China's significance lies not only J10C fighter itself, but rather as an important mission to China in its fourth generation fighter validation machines! It is reported that, J10C using stealth coatings, infrared suppression and many other stealth technology to reduce the amount of infrared radiation, and radar reflectivity, and before the U.S. military successfully developed a fourth-generation fighter F35, is also the first in the F16E fighter stealth design validation work carried out, and Russia launched the S-37 Golden Eagle aircraft also served the same task. So J10C successful development indicates that China's fourth-generation fighter JXX true also about to take off!

The article points out that these data show, J-10C carrier-based aircraft and J-10 fighter series are almost identical, only the thrust increased from 122 kN to 152 kN, sliding distance shortened to less than 50 meters. Like with J-10, J-10C in addition to maintaining normal levels of the carrier aircraft flight, there is sufficient force to meet the needs of a variety of combat mission execution, and thus, J-10C acceleration, climbing and have been circled, etc. increased dramatically, even into combat mode vertical rise effortlessly.

The article said, J-10C carrier-based aircraft operator controlled by a weapon, and is responsible for precision strikes. J-10C can carry 4 tons of ammunition, and the future will be equipped with precision-guided weapons. In addition, the carrier aircraft may also have ground attack capability
Posted by Unknown at 2:52 AM 1 comment: 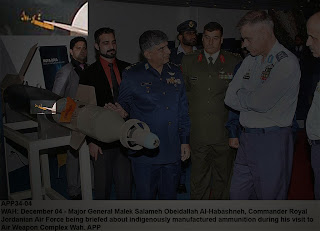 On Jordainian Air Chief's visit to Air Weapons Complex, Kamra , Pakistan , a new bobm is on display which looks like a GBU-12 Enhanced Paveway II laser guided bomb, but on its body looks like a marking in Urdu/Arabic. Is it a new Locally produced Laser guided bomb for Jf17 Thunder ?
Posted by Unknown at 6:54 AM 1 comment: 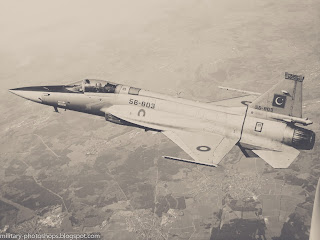 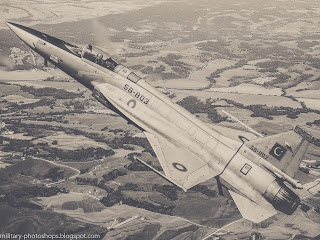 I  tried to replicate the color scheme as correctly as possible  . These here now are black and white pics for vintage feel.

Later i will upload some color pics , inshallah .
Posted by Unknown at 12:55 AM 1 comment: 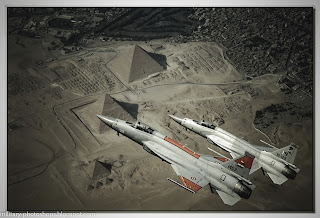 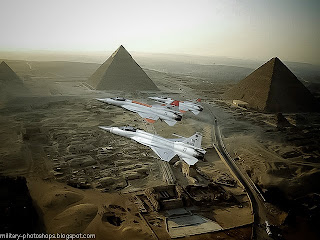 Why Egypt use such high visibility camo for its fighter jets ?
Posted by Unknown at 11:44 AM 2 comments:

PAF No. 27 Squadron Zarrars to be equipped with JF-17 Block II Thunders 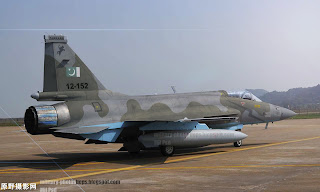 Palistan Airforce No. 27 Squadron, nicknamed Zarrars, is a Pakistan Air Force (PAF) squadron tasked with the role of tactical attack. It is assigned to the No. 34 Tactical Attack Wing stationed at PAF Base Rafiqui (Shorkot), which is under the PAF's Central Air Command.

This is the 3rd squadron to receive CAC/PAC JF-17 Thunder aircraft, jointly developed by Pakistan and China. These Block II JF-17 have a new Multi-mode Radar with improved A2G modes including SAR, Terrain following Radar, Improved navigation systems, and FLIR .Addition of these aircraft will greatly improve the tactical strike capability of Pakistan Airforce .

The squadron was formally raised on 19 April 2007 at PAF Base Rafiqui and was previously equipped with Dassault Mirage 5EF ROSE III combat aircraft. The first commanding officer was Wing Commander Shafqat Mushtaq and the first Senior Engineering officer was Squadron Leader Najam-ul-Hasnain. The Zarrars are tasked with to carry out night air assault operations, and currently participating in recent air assault target operations.
Posted by Unknown at 5:21 AM 2 comments: