Jaffu, Are u for real o.O 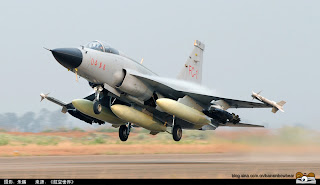 A pic of Jf-17 loaded with three 1100 litre fuel tanks and A2G ordnance has recently surfaced the internet. Is this pic for real, let's analyze.


The shape of these fuel tanks is similar to those used for J-10while the center-line fuel tank in J-10 is smaller than the two on wings. But in this pic all three fuel tanks are of the same size. That raises a big question mark . Why would J-10 a big and more powerful plane carry 2 1100 lt and one small fuel tank while Jaffu would carry 3 1100 lt fuel tanks ? 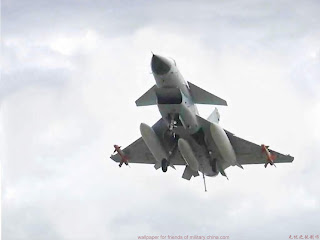 But when i tried to check if the light source for the plane and the fuel tanks is the same, that is by increasing and decreasing the brightness value and contrast , the fuel tanks seemed consistent with the plane. Though it is a very crude way to check the credibility of a photo, but it does give an idea, if the light sources of two objects in a pic are quite different. 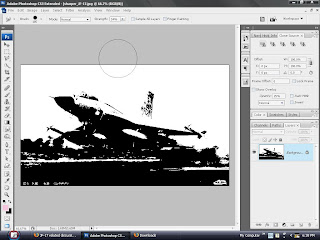 Further if you zoom the pic and take a close look at the fuel tanks, u can see that tanks at the wing pylon have bright upper area while the one at center pylon is relatively dark. plus the rear gearbox is also casting quite a realistic shadow on it .

Now, it can be safely assumed that if it is a photoshop, then the guy who did the editing has to be a fan-boy and not some Indian secret agent, in order to make us believe in the reality of the pic and acheive his goals would pay attention to such small details ?

So, is this pic for real ? Well, the level of detail in this pic, clearly, IMHO, negates the assumption that pic is a photoshop. But it could also be that the editor is well versed in editing. But Y would some fan boy put so much effort into it ?and definitely, im no Mastero, there are better guys than me out there. So, we cant know for sure if this pic is real or not, until the official confirmation emerges.
Posted by Unknown at 4:28 PM No comments: 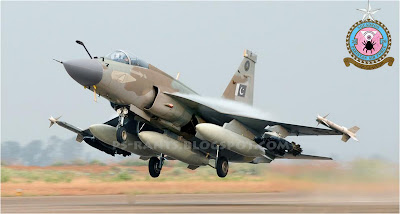 No. 26 Squadron also known as Black Spiders, flies the A-5 ground attack aircraft. Upon entering the squadron, Thunders will presume the attack role. This is my presentation of a Block II Thunder in desert camo, optronics and IFR. Ordnance is clearly visible.
Posted by Unknown at 3:53 PM 2 comments: 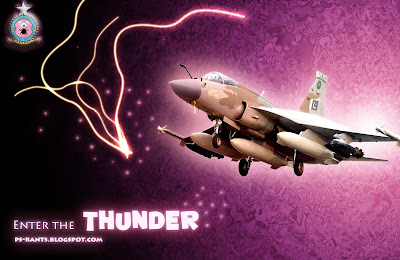 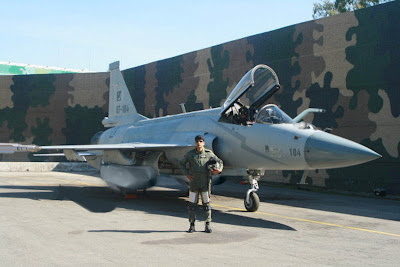 (BBN- Defence Reporter) The JF-17 seen here is armed with an ALCM (air launched cruise missile), Mica AAM and optronics sensor. Such is an approximation of what Thunder might look like , if tehe French deal is accepted. After Rafale is already out of competetion from Indian MRCA programe, it is expected that French will most likely look for an opportunity to do some business with Pakistan. The only thing which stands in the way, seems to be the socio-economic standing of Pakistan .
Posted by Unknown at 6:09 AM 1 comment: