This design incorporates the idea of affordable stealth as the small size of jf17 does not allow the placement of an internal weapons bay. Though the decrease in range can be accounted for by IFR . So this prototype of jf17 has to carry weapons on the external pylons. A Jf17 carrying A2A payload will have relatively small profile as compared to A2G payload, and will pose a major threat to enemy forces.
Posted by Unknown at 6:45 PM 13 comments:

Jf-17, though considered to be a small and agile fighter, has to be the work horse of PAF and that means adaptability to all kinds of Missions and scenarios . Short Range of Jf-17 has been taken care of by adding CFTs, which increase the fuel carrying capacity by 35 %.

Much work has been done on integrating advanced weapons on this new block of JF-17. As is shown here, a fully armed JF-17c with 2x 2000 lb LGBs, 2x Meteor AAMs , 2x Pl-9 AAMs and targeting pod.

Upgradation of avionics sure was of utmost importance. Visible exteriorly are a new IFF, and IRST and a new AESA Radar, indicated by that breech just behind the Radome . 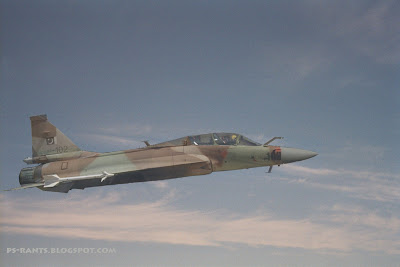 As a Two seater JF-17 has to be developed for training and attack purposes, we'll have to wait till the first batch of 50 aircraft is out. That might be some time around 2012.

BBN- Defence Reporter- : Jf-17 Thunder is the first fighter aircraft in Asia, which has air-launched the Meteor missile. The first Air Launched Demonstration firing took place in 2010 and was followed by several important flight test campaigns during the year.

Meteor is a European collaborative programme between the United Kingdom, France, Italy, Spain, Sweden and Germany. The missile is planned to be the primary BVR air-to-air missile for all the modern European fighter aircraft; Gripen, Eurofighter and Rafale. 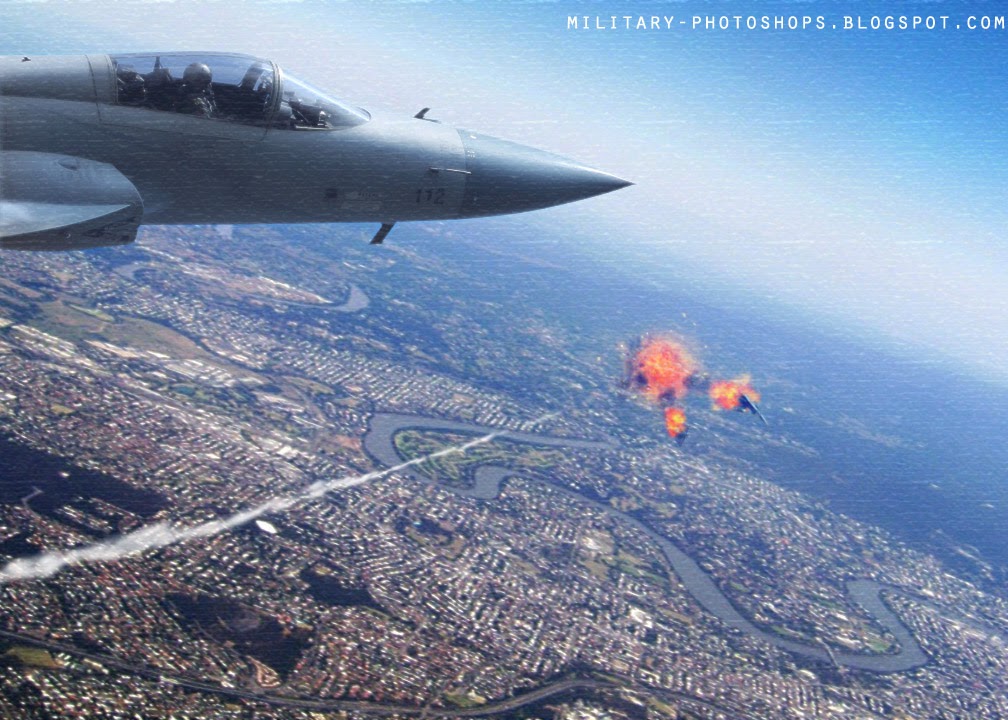 Made this one quite a long time back, but didnt post it then, as i wanted to experiment different things . I need much to learn to make a believable air to air shooting scenario. But as of yet , this is it . Ill post more of the same soon .

Shown here a Pakistan Airforce Jf-17 on Combat air Patrol , over fictional Lahore, shooting down an intruder, the Indian Airforce Light Combat Aircraft .
Posted by Unknown at 3:43 AM 1 comment: