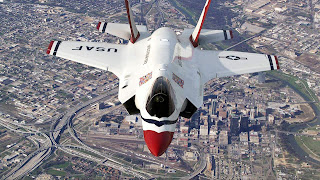 Though we’re likely a decade from seeing the F-35 Joint Strike Fighter in action, much less in the Air Force's elite Thunderbirds squad, that hasn’t stopped Lockheed Martin from releasing these images of the military’s new fighter jet in full Thunderbirds dress. 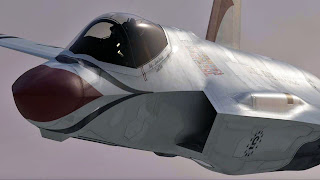 The multimedia team at Lockheed’s aeronautics division released the photos in a somewhat odd effort to virally market a $100 million fighter jet. The F-35, developed by Lockheed along with Northrop Grumman and BAE Systems, is still under development, though the Pentagon has ordered 2,400 of the all-purpose aircraft for delivery over the next two decades. 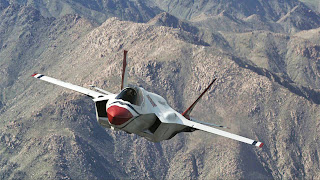 As for the Thunderbirds stripes, it looks like the F-35 may be the next fighter jet to don the colors, replacing the F-16C/D Block 52s currently in service. While the military has 187 formerly-next-gen F-22 Raptors built or on order, it looks like the F-35 is going to leapfrog its Cold War-era counterpart completely. The Senate voted today to drop funding for seven additional F-22s, and when a military program dies, it’s generally not easy to resurrect. 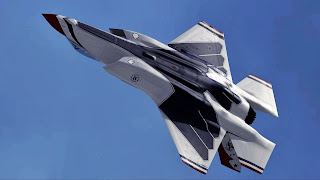