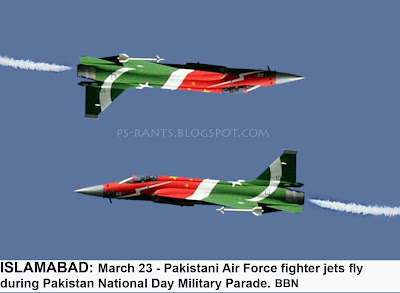 BBN* News Desk : Today Pakistanis all over the world celebrate 23rd March,or Pakistan's Republic Day, this is the day that Pakistan became the first Islamic Republic in the world (1956). It is also the date of the Lahore Resolution (Qarardad-e-Pakistan or the then Qarardad-e-Lahore), was passed at the Annual General Convention of the All India Muslim League (1940). It is celebrated with parades in Islamabad that involve both military contingents, such as the Pakistan Armed Forces and Paramilitary Forces, as well as civilian ones. 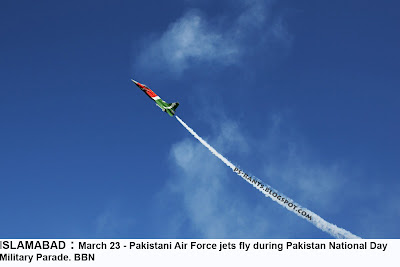 Even though Officially Military Parade was cancelled. Nothing could stop the hot-blooded and ever enthusiastic PAF pilots to rock the skies of Islamabad with their newly inducted JF-17s in an underground aerial demonstration. Sounds ironic .

“Though the Parade was limited to aerial demonstration by PAF pilots, The aerial display was spectacular . To hold an underground event like this at such a large scale shows the aggression and determination of these young officers” – our staff reporter narrated. 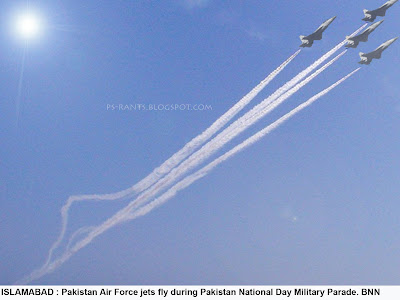 According to Officer-X, our constant source of inside information regarding the armed forces, the purpose of this event was to not only to give the citizens of Pakistan, a sense of protection ? but also to test the abilities of the new baby in our nest (JF-17) and push the aircraft to its limits .”