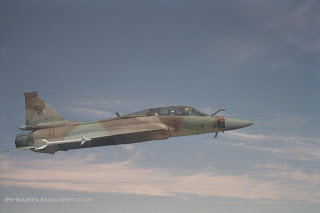 Commander of the Egyptian Air Force (EFE),  Air Marshal Reda Mahmoud Hafez Mohamed has visited the JF-17 Thunder Fighter jet at the static display. The JF-17 Thunder has been developed jointly by the Pakistan and China as an affordable 4th generation aircraft.

Taking to the media personal at the Dubai Air Show, Air Marshal Reda Mahmoud Hafez Mohamed has said that Egyptian Air Force is 'very interested' in the JF-17 Thunder and one of the EFE pilot has already flown on the flight simulator. 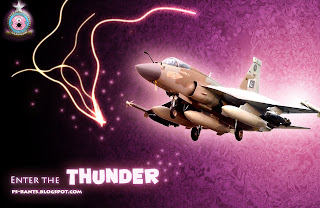 Last year, Janes Defence Weekly had reported that the Egyptian Air Force is closely following the development of the JF-17 Thunder and has launched negotiations with Pakistan & China to discuss the the possibility of licensed production of light weight fighter jet in Egypt.

Egyptian Air Force already operates K-8 Karakorum intermediate jet trainer which was also jointly develoed by the Pakistan and China.Pakistan Air Force is looking to induct over 250 JF-17 Thunders  to replace their ageing fleet of A-5s, F-7 P/MP and Mirages.