What IF ? Sukhoi T-50 for the Pakistan Air Force 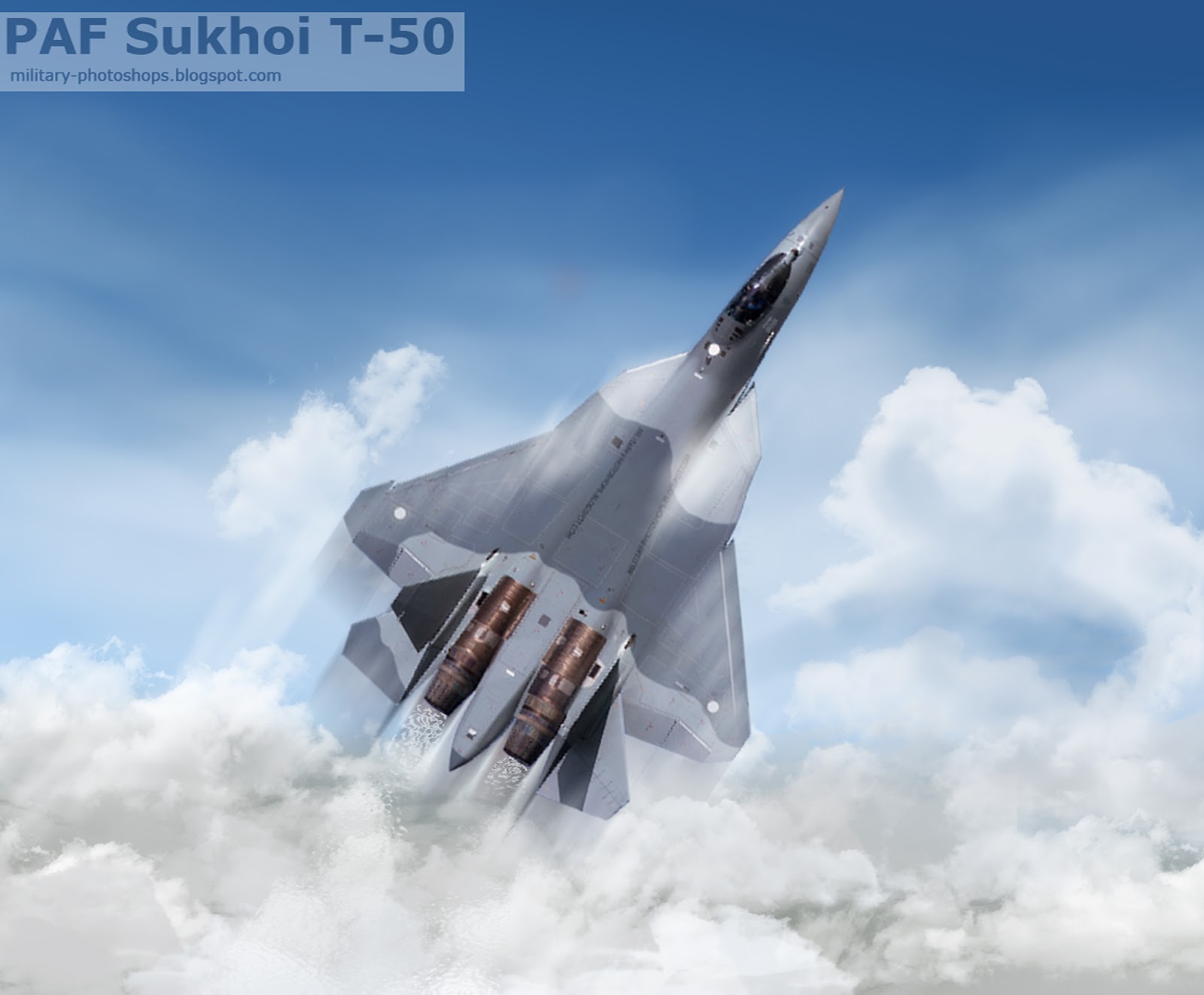 [Military Photoshops : News Desk] As tensions between Pakistan and US grow to a melting point, Pakistan has, in move which baffled the world politics moved away from its partnership from US in every aspect of IR from Trade to Military Co-operation. This moved has been welcomed by China and Russia alike. Pakistan is now looking to develop its trade relationships with its neighbouring countries, something which shouldve been done half a century ago. Russia in an unfathomable display of trust has permitted the release of its top most stealth fighter Sukhoi T-50 . Russia has also assured to play its part in resolving the Kashmir issue. Indian reservations have been buffed aside in part due to her recent honey moon with US and European nations and because Russians believe that if Kashmir Issue is resolved peacefully, India and Pakistan would have no reason to war any longer .
Posted by Unknown at 1:34 AM